Dangerous and funny games Bomb IT

Games blow up these excellent arcade labyrinths, in which the main goal is to lay out bombs in such a way as to pave the way for the character, to obtain bonus artifacts and of course get rid of rivals. 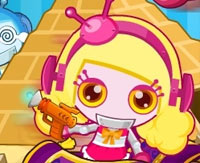 Heroes of the game Bomb IT – eight small charming robots, they show who is female and who is male. These machines are designed to arrange different explosions, and no doubt they like it. Players can choose a character to pass the level, and still earning game currency to buy him different clothes and jewelry, making his character unique.

The first issue so attracted users and liked them, that the versions of the game Bomb IT 7 parts, so after passing the first option, do not stop there, you can continue to have fun for quite a long time. In games, great graphics, beautiful and colorful labyrinths, as well as a wonderful musical accompaniment, which, however, if you want, you can turn off.

All flash games are completely free and you do not need to download them to your computer's hard drive to find out just how much this part is exciting. Games in just a few seconds of loading will be launched online in the site. Absence of payments by real money puts the skills and dexterity of players to a deserved level, only the best will be able to lead the rating tables of champions.

Features of the game Bomb IT

On the modes you can stop in detail, there are only four of them. In each proposed character pursues various goals, in one must reach a certain « green zone», in the other, collect the maximum number of coins or arrange traps for rivals thus spreading bombs so that they do not leave ashes from them. 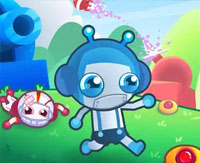 All parts of the game for two Bomb IT involve a pair game with a friend. Control in this selection occurs at different ends of the keyboard, so players do not interfere with each other. Playing together is much more fun than alone, it's a great rest and competition in speed and resourcefulness, the strongest becomes the winner. 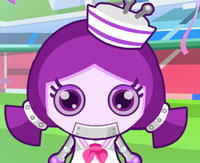 In all versions of the bomb, this is not the only weapon for paving the way, they have a variety of bonus items that increase the power of the explosion and of course an additional ammunition. For example, in the version of the game, Bomb IT 5 in the course of the level you can find mines, flamethrowers and even a machine gun with a rocket. All these devices help to deal more effectively with enemies and to achieve their goals faster.

The heroes mostly walk on the tangled labyrinths on foot, but if you're lucky, you can get hold of an animal or find a means of rapid movement. In different thematic locations there are different vehicles, so in the version of the game, Bomb IT 6 users will meet a frog, a walrus, a skateboard and a fairly powerful tractor.

Play in any series is very exciting, the game is designed for both school-age children and adult audiences. In the passage of levels, despite the large number of exploding and shooting weapons there is nothing aggressive, all the characters are funny, their destruction looks more fun than dramatic, and after losing you can always start from the same level.